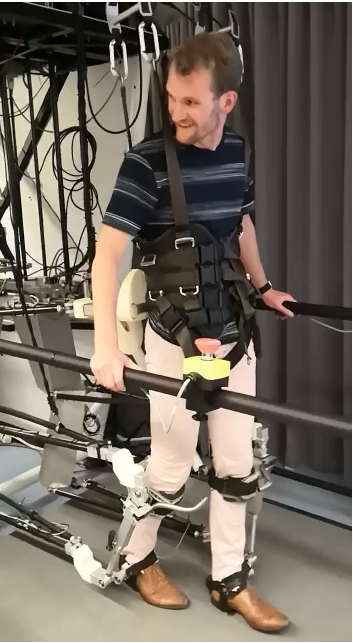 As part of the Biomechatronics course a project was done. Our project group chose to work on a project related to the LOPES II, a gait-assistance device, which can be used for rehabilitation after for instance a stroke. The goal of our project to provide an assistive force during walking gait at the knee in order to walk more efficiently. This goal was divided into two parts: Gait determination and gait assistance.

Unfortunately, proving that the controller aided the user was outside of the scope of this project due to time constraints. However, user reviews stated that they did feel helped by the system as compared to having the system in “Free Mode”.