This internship can be divided into two parts. First, creating an overview of all the potential replacement technologies for the motion capture system and choosing one to continue with. And second, to create a proof of concept for the selected technology.

The chosen technology was a regular video recording using a GoPro camera, which could easily be attached to the walking frame and has built-in battery and storage. This, however, posed a serious challenge as the required positional data had to be in 3D, whereas the GoPro image is just 2D. This challenge was tackled using a pattern attached to the shoes with known dimensions. This pattern provided two benefits. First, it could be recognised by image recognition, removing the need to identify the more ambiguous “shoe”. Second, it provided a known size, which could then be used to determine the 3D position of the pattern (and the attached shoe).

The image below shows a video frame as captured by the GoPro showing the recognised patterns as identified by the created algorithm. 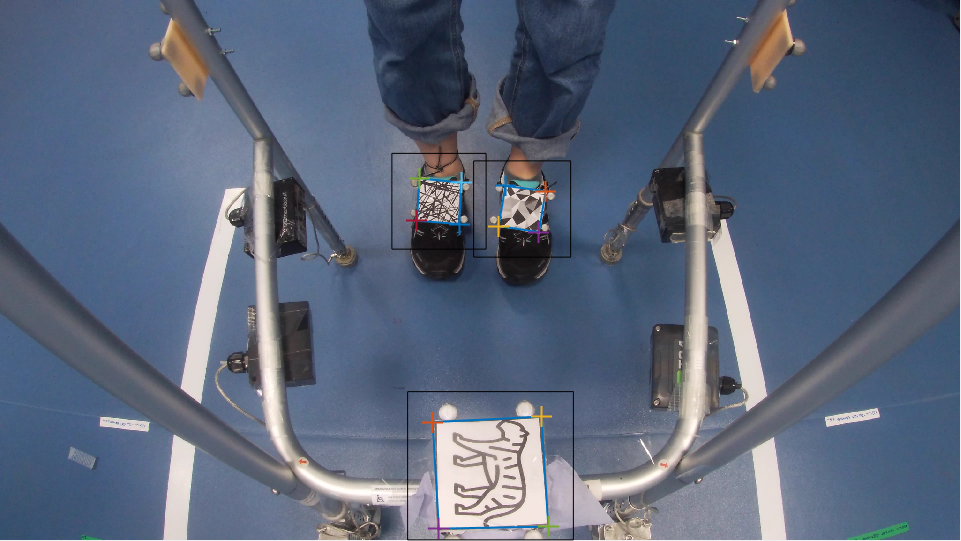